Rose, the Queen of flowers

“ If Zeus had willed it so
Tha o’er the flowers one flower should reign a queen,
I know, ah well I know
The rose, the rose, that royal flower had been!
She is of earth the gem,
of flowers the diadem;
And with her flush
The meadows blush
Nay, she is beauty’s self that brightens”
Sappho, C.600 B.C.

The rose may rank with the lily as the oldest of cultivated flowers.
Unlike the chaste lily, which has only recently been  intermarried, the rose is a wanton,very happy to be polled by others and bring forth new forms and colors to tease and delight her admirers.
Rose became the flower most hybridized and “improved “by gardeners , so that the number of garden varieties on the nursery lists runs into thousand.
And more are still being added year by year.
In 2015 there are more than 13.000 names of roses!!!!
According with the World Federation of Roses Societies the thousands of named roses are divided into three broad groups:

–WILD ROSES: into this first group are included both the truly wild roses and those garden forms that are inseparably associated with them ( 150 -200 variants)
–OLD GARDEN ROSES: groups of horticultural origin that were already estabilished prior to the year 1867, when“ La France” was seen to be the firts of what we now see as the Modern Roses.
MODERN ROSES: the predominant roses of today that are still, unlike the Old garden roses, in active development by hybridists.

WILD ROSES : numbering between 150 and 200, Wild Roses originated in the northern hemisphere, but now are found in most countries of the world.
It is extremely difficult to define and classify them.
One major criterium is that they generally have 5 petals.
Another distinguishing factor of this kind of rose, is the ability to propagate themselves faithfully from fertilized seed , usually by self-pollination.
In an attempt to classify Wild Roses, Alfred Rehder, an american botanist, divided the genus Rosa into 4 subgenera:
1) Hulthemia (named after the dutch botanist Van Hultern )
2) Hesperrodos ( from the greek meaning “ Western Roses”)
3) Platyrhodon ( from the greek meanin “flaky Rose”)
4) Eurosa which contains the roses that we commonly recognize as Wild Roses , for example Banksiananae, Caninae, Chinenses. 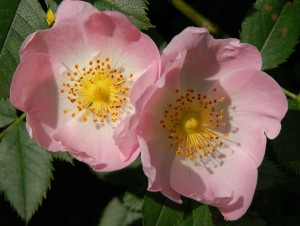 OLD GARDEN ROSES: Greeks and Romans of the ancient world admired roses for their beauty and perfume but they never attempate to hybridize new varieties.
It was not until the sixteen / seventeenth Centuries that breeders began to take a serious interest in roses.
Their charme and beauty are at their peak when the blooms open wide.
They are further characterized by their intense fragrance and their harvest of red hips in the fall- winter, providing a magnificent tapestry of color at a time when other flowers have finished. 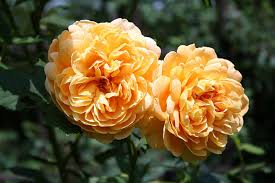 MODERN ROSES: this group embraces all the classes of roses that were introduced in or after 1867, the year Guillot’s “La France “ (regarded as the first Hybrid Tea) , appears.
Modern Roses account for most of the roses grown in gardens today, in terms both the number of plants sold and the number of cultivars available and they can be divided into three main categories: bush, shrub, climbers. 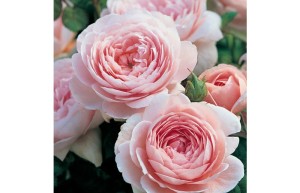 Bush roses: perhaps are the most important.
They are the roses most people choose when they want to add a few roses to the garden and they provide a sufficiently diverse range of color so to please even the most discerning gardener.
Their great virtue is their habit of repeat flowering: with reasonable care a bush rose can be expected to keep on flowering from the end of spring until the late fall.
Shrubs roses:
Although a dictionary will tell you that “bush” and “shrub” mean the same thing , Shrub Roses are a distinct group , usually growing larger and having a spreading habit.
Shrub Roses Feauture the whole range of colors and scents . David Austin’s “English Roses” are the largest group within this subdivision.
Many Shrub Roses are exceptionally tough, resistant to extreme cold and easy to grow.
Climbers : Strictly speacking, no rose climbs in the sense that a grape vine or jasmine does.
A climbing rose is one that makes shoots of considerable lenght, suitable for covering a fence or a pergola, or a shrub or a tree. 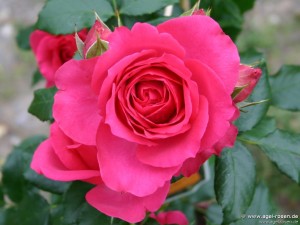 For the true lovers /addicted of roses we suggest the following list of Rose Garden to visit: