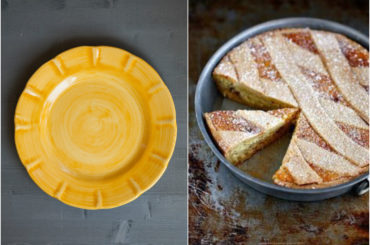 The art of “Easter Cake” in Italy: Colomba and Pastiera

There are two traditional Easter cake which cannot be missed on any Italian Easter dining table: Colomba and Pastiera. Colomba has a dove shape topped with pearl sugar and almonds. This very popular easter cake was invented in Lombardy, probably in Milan, in the north of Italy.     Pastiera is a Neapolitan tart, from the South of Italy. The two ingredients that make it unique are the cooked wheat and the extract of orange flowers. The orange flower water flavor is a celebration of the just started spring season. According to a popular ancient legend, during the night the fishermen’s wives left on the beach some baskets filled with ricotta cheese, candied fruit, wheat, eggs and orange flowers as offerings for the “Sea”, to bring back safely their husbands to their houses. In the morning, when the wives went back to meet their husbands, they noticed that during the night the waves had mixed the ingredients together and that in the baskets of their returning husbands there was a cake: the Pastiera. Besides this legend, it is said that it was a nun that invented the modern Pastiera in the XVI century, in an ancient Neapolitan convent: San Gregorio Armeno. She wanted to bake a cake that had the same perfume of the orange flowers, which grew in the convent’s garden. Another story refers that Maria Theresa of Austria, King Ferdinand II of Bourbon’s wife, accepted to taste a slice of Pastiera smiling for the first time in public after she eat it. Having seen her smiling, Ferdinand said: “ To make my wife smile again I will... 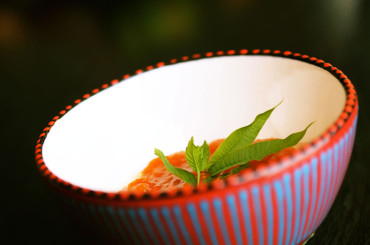 Yes, there really is a World Tomato Week, and it was celebrated at Expo 2015 from June 14-21 – in Italy, appropriately, the world’s third largest tomato producer. The tomato is the quintessential summer food. Its reassuring, refreshing presence accompanies practically every summer dish, and not just in Italy: garden salads, pasta and rice salads, insalata caprese, Greek salad, sandwiches, burgers, soups like gazpacho in Spain or Manhattan-style clam chowder in the States, tomato mousse, even tomato ice cream. And let’s not forget that summer brunch classic, the Bloody Mary – which, if you’ve never had one made from fresh tomatoes (peeled and seeded, of course) instead of processed tomato juice, you really need to try! Whether fresh, sundried or pureed, the tomato is as versatile as it is indispensable. Aptly called pomodoro in Italian (meaning ‘golden apple’), it is a concentration of dietary virtues: water, protein, organic acids, antioxidants, vitamins A and C, and practically no sugars (1%). It is the undeniable king of the Mediterranean diet. And thanks to its more than 1,000 varieties, people around the world can enjoy it throughout the year. Though let’s be honest, it’s always at its best in the summer. The list of tomato varieties can be broadly divided into salad tomatoes and sauce tomatoes, depending on factors like juiciness, pulpiness, skin thickness and flavor – which is more variable than you may think, in that some tomatoes taste better cooked than raw, while others should only be eaten fresh. The names are seductive in and of themselves:  Perino, Pero d’Abruzzo, Regina, Costoluto Fiorentino, Pizzutello….. There’s the Camone, whose green ‘collar’... 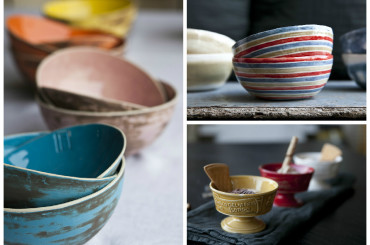 How to make a homemade parmesan ice cream

Who could ever create a Parmesan Gelato if not Italians? The creation of this innovative artisanal ice cream taste, made of Parmigiano Reggiano DOP, became a “cult” during the Beijing 2008 Olympics, conquering all the Chinese! Savory ice cream is a recent fashion in food. Some people consider it as part of the “experimental cuisine” or “molecular gastronomy”.  Ferran Adrià and other famous Chefs have launched the trend of creating cold desserts made with parmesan cheese. New flavors are spreading as appetizer dishes or as desserts: pepper, garlic, rosemary, tomato, celery, carrot, pumpkin, olive oil. There is no limit to the culinary creativity! If you want to impress your guests with a homemade unusual Gelato watch our video and follow Giorgio Paolucci hands!   Parmesan Ice Cream can be served as an innovative appetizer dish, a cheese course or as a dessert. It is also a great trendy recipe to celebrate the National Ice Cream month, July 2015. Set an outdoor ice cream party on Sunday, July 19. Invite friends and serve the Parmesan Gelato in truly ice cream Italian handmade bowls. Parmesan Ice Cream with Prosciutto Time: 40 min. + 30 min. in the freezer Ingredients – serves 8 1 ¼ Cup Milk ¾ Cup Fresh Cream 1 ½ Cup Parmesan 1 oz. Sugar 4 Egg Yolks Salt Nutmeg To finish: Rocket Salad Balsamic Vinegar 5 oz. Prosciutto Extra Virgin Olive- EVO- Oil Instructions: Beat the egg yolks with salt, nutmeg, sugar and parmesan, and combine the ingredients with warmed milk and cream. Allow the mixture to cool in the fridge (+ 39.2 °F) and then pour it into the... 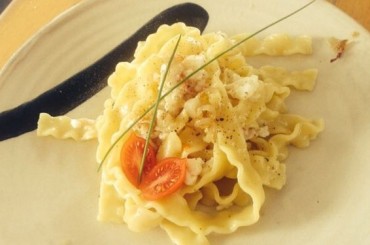 The recipe is from Simone Donati: thank you for sharing and for teaching us the meaning of fumet! 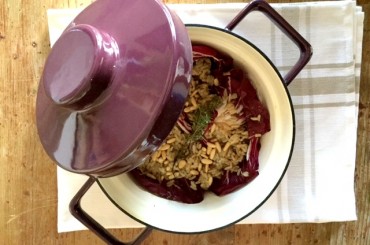 Italy is the land of risotto! And among all the risotto recipes, we love the vegetarian ones. In particular, Risotto al Radicchio. The one we choose for you today is a tasty variant with Taleggio cheese and pine nuts, cooked and served in our porcelain-enamel Tegame pot, which matches also with the color of radicchio. A vegetarian risotto recipe at the same time easy to cook and incredibly delicious…...